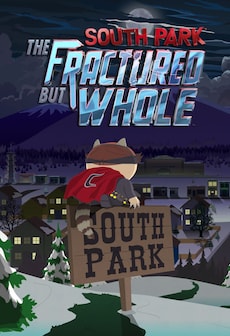 Trey Parker and Matt Stone come back with a sequel to the critically acclaimed South Park: The Stick of Truth. This time the theme is superheroes, and South Park: The Fractured But Whole, as befits the cult franchise, pulls no punches. This time it satirizes the DC vs Marvel competition in the form of a Marvel's Civil War parody.A return to South ParkThe perfectly recreated map of South Park from The Stick of Truth is back, now with even more places to explore. Use your character's incredible fart powers in combination with South Park regulars' to access new areas, including the rooftops. Look for loot in strange places, it is certain there will be some.New themeSo you saved the day in The Stick of Truth? Big deal, get with the times. Cartman and crew now care only about creating the next best superhero franchise. South park: The Fractured But Whole features twelve superhero-themes classes, including the Speedster, Cyborg, and Karate Kid. But the true power of The Fractured But Whole is in the farts of player character, powerful enough to rip apart the fabric of time itself, among other things. The superhero theme extends to the customization, with generic and class-specific costume elements available at character creation.Improved gameplaySouth Park: The Fractured But Whole greatly improves on the systems first put in place in The Stick of Truth. The combat system is revamped, now taking place on a grid, allowing character to move around, making careful positioning a key to victory. The twelve classes are fundamentally different and have assigned classic roles like healers or tanks, which will matter for the gameplay. The changes greatly deepen the combat system without making it unmanageable or unclear.The show's creators still in controlTrey Parker and Matt Stone worked very closely with Ubisoft, providing voices, writing, essential suggestions and more. Thanks to that South Park: The Fractured But Whole still holds true to the style and atmosphere of the original show, much like The Stick of Truth did. Locations and characters straight from the source material come back better and more plentiful than ever before. South Park: The Fractured But Whole feels like a superhero-themed extra-long episode of the show.South Park: The Fractured But Whole preorder versions and bonusesThe game is available for preorder in four different versions. Standard features just the base game, with no additional content. The digital Gold Edition includes the base game, as well as the Season Pass, a number of in-game costumes and a bonus perk. The Steelbook Gold (available only in USA retail stores) adds a Steelbook case and a set of lithographic prints of South Park Studios artwork in addition to the contents of the digital-only Gold Edition. Finally the Collector's Edition includes all of the above AND a six-inch figuring of The Coon, Cartman's superheroic alter-ego. 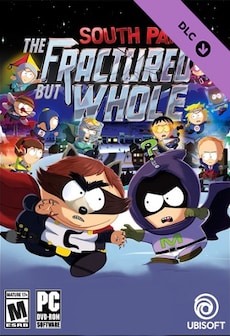 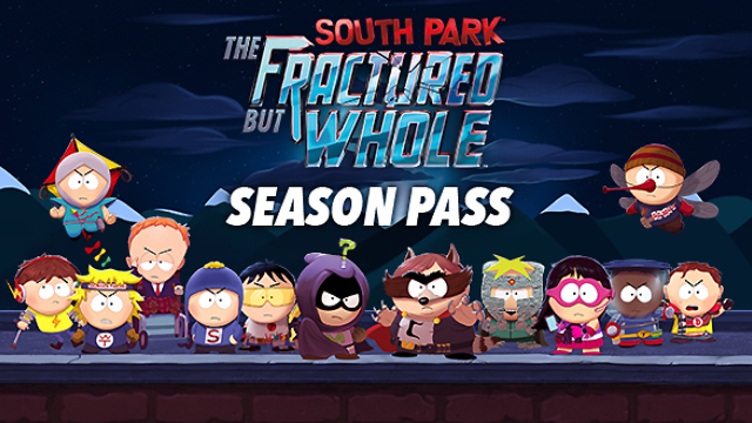 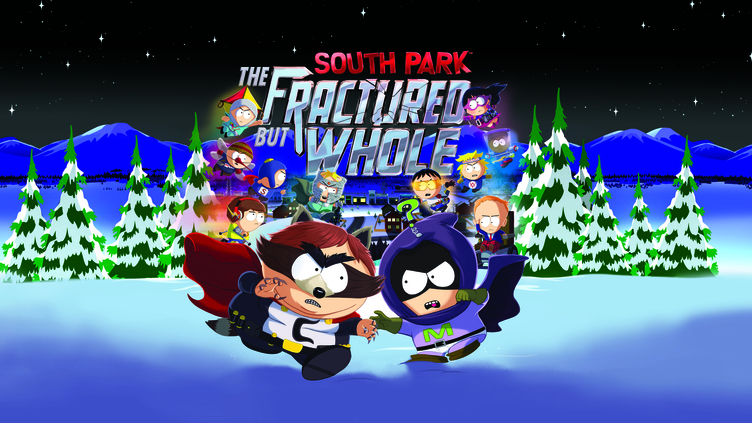 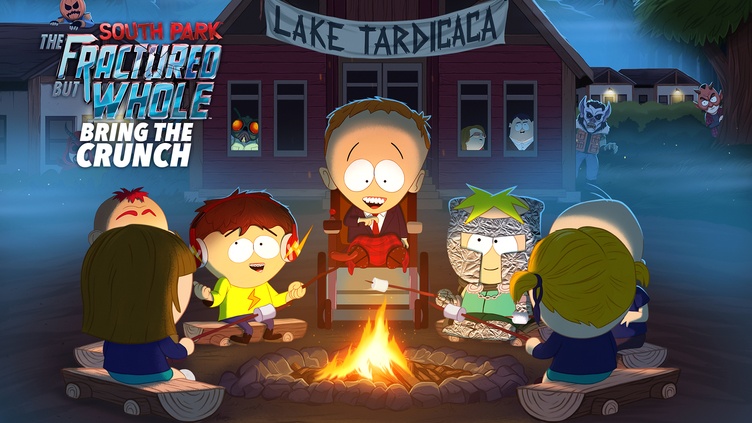 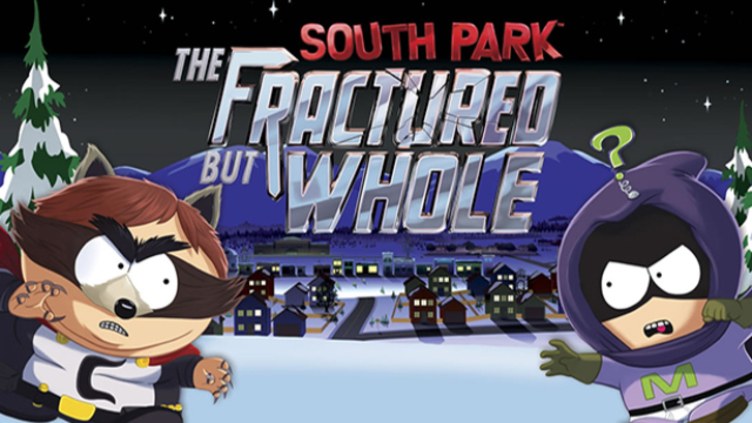 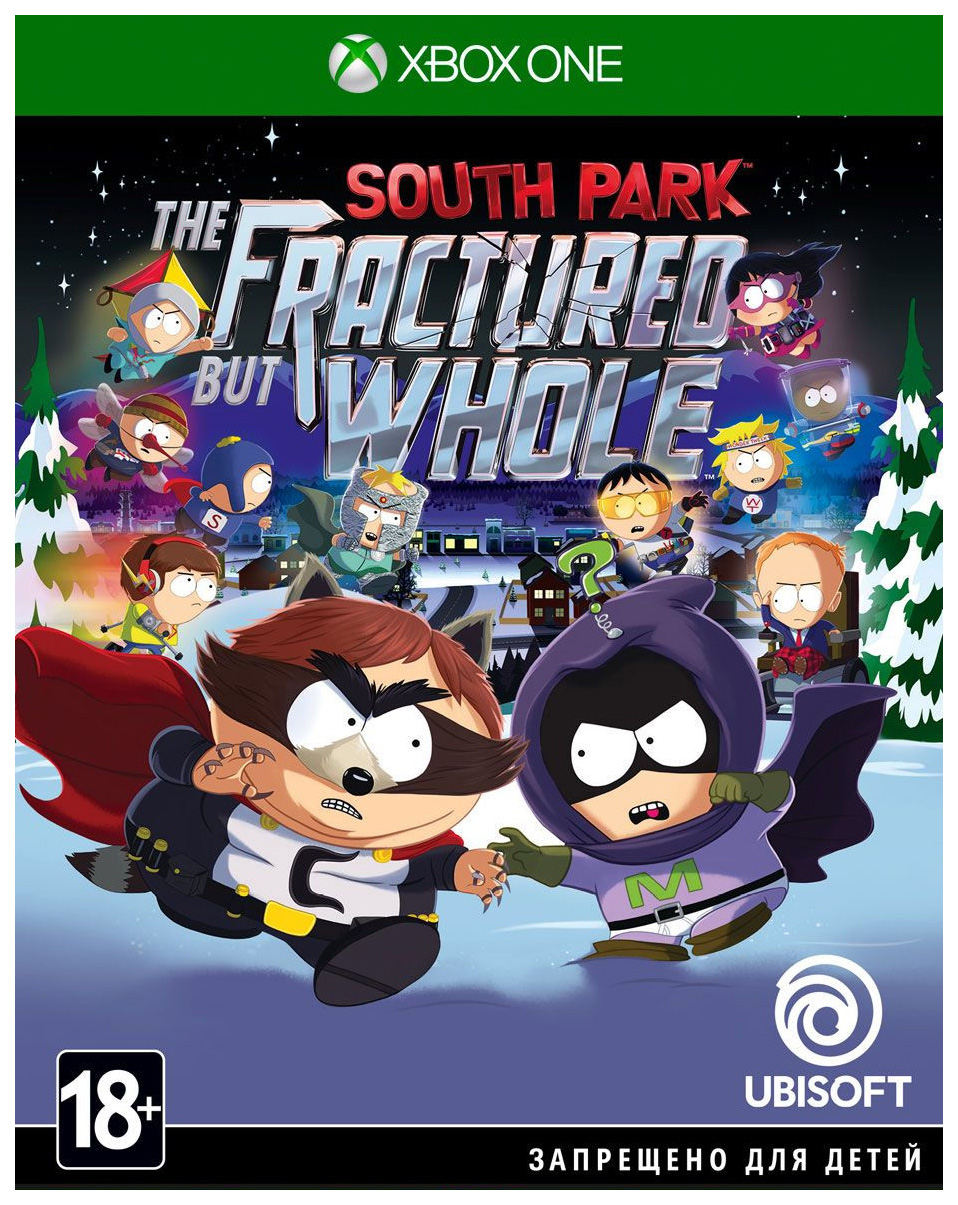 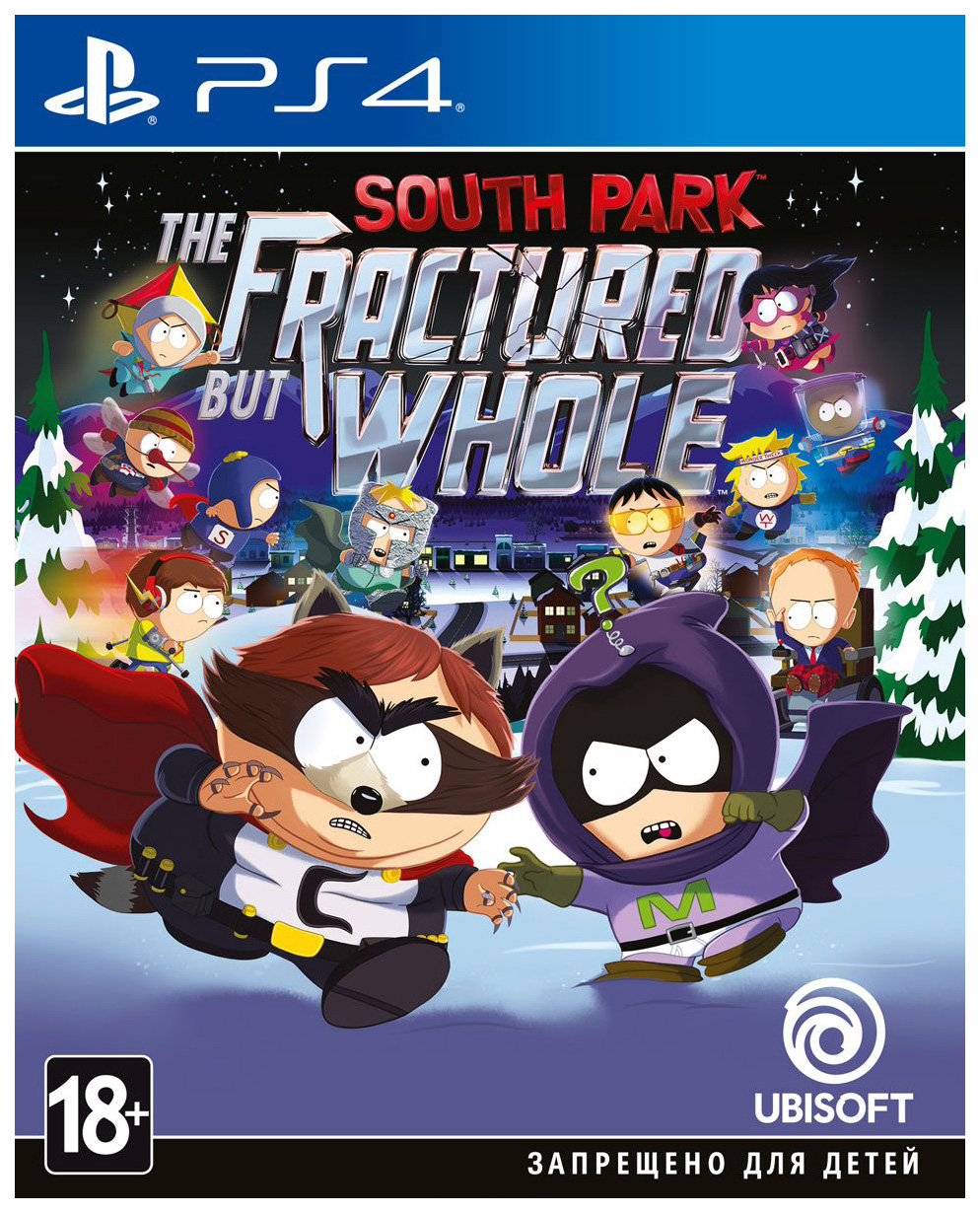 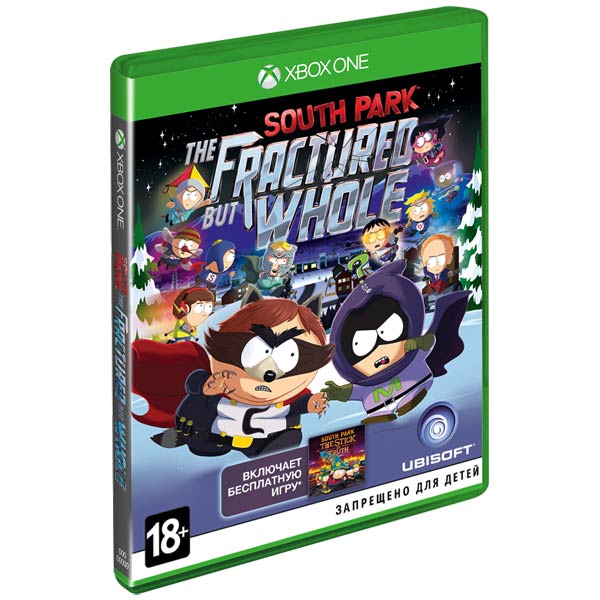 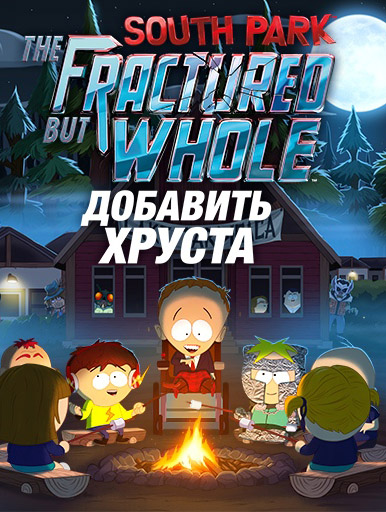 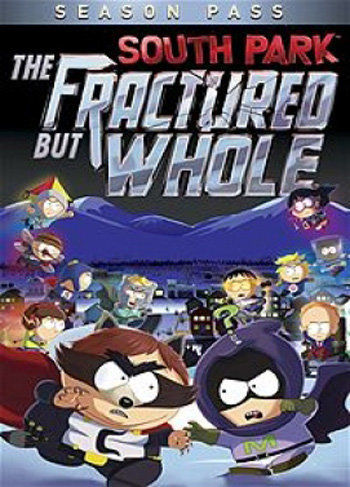 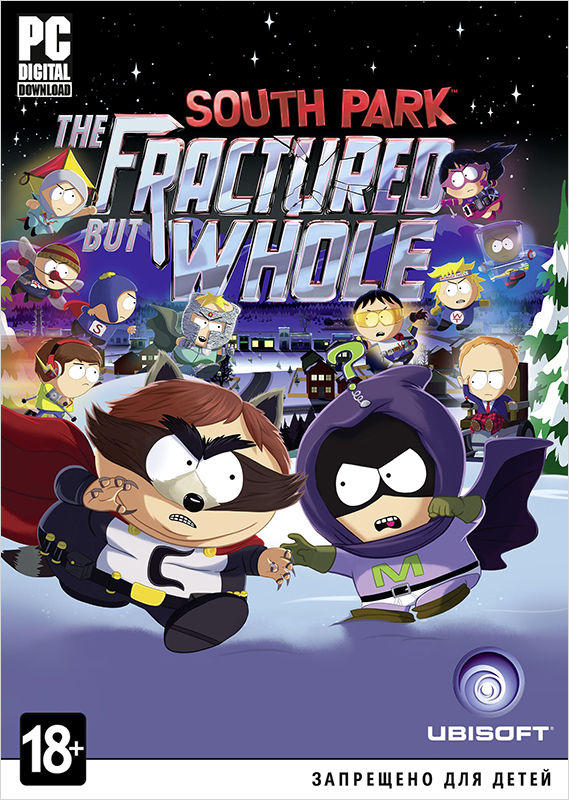 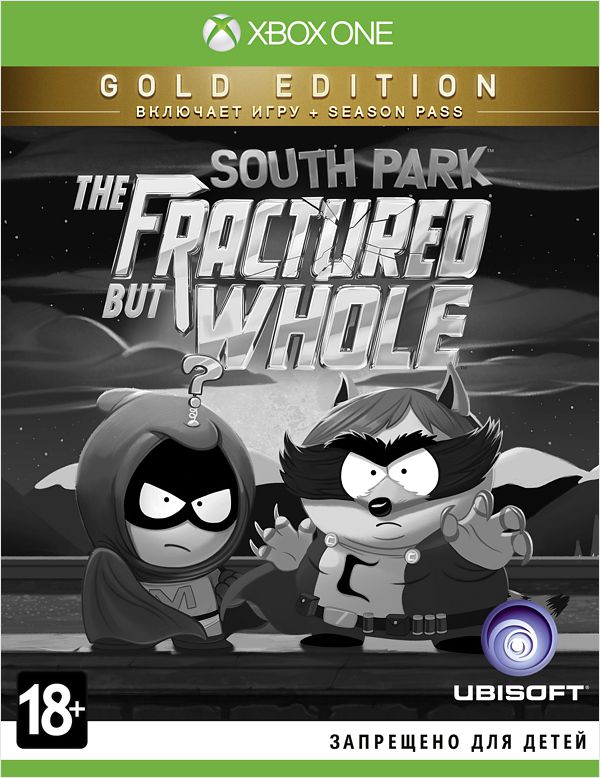 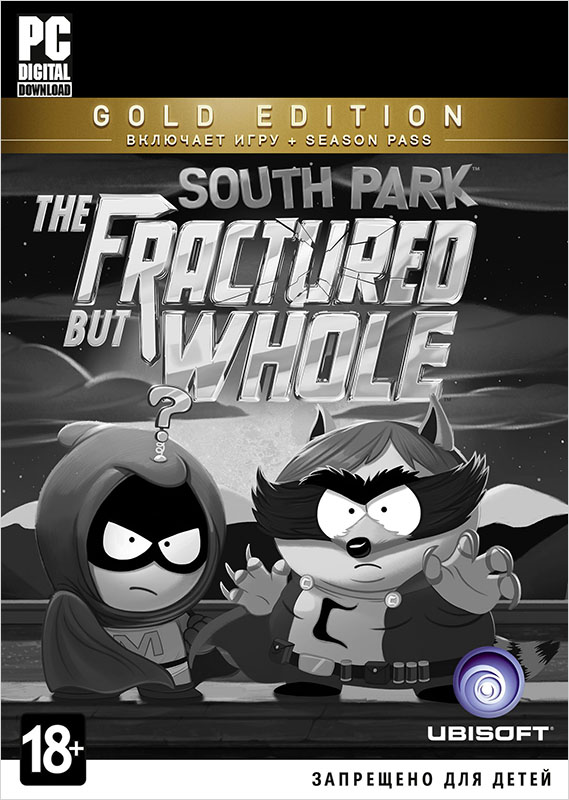 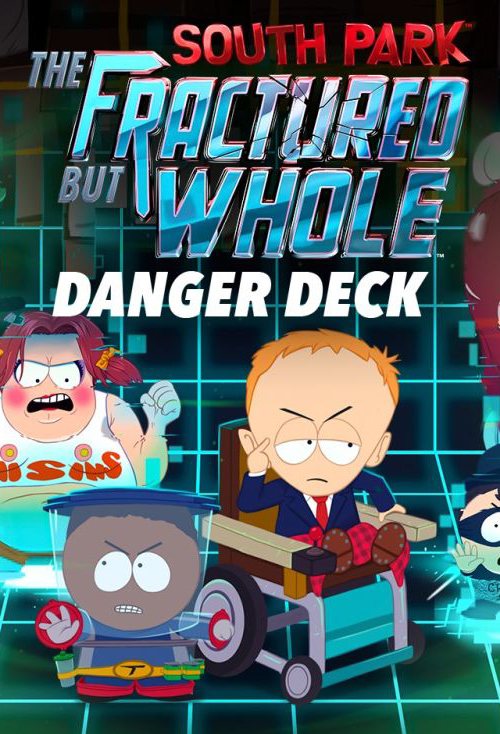